Brandon Lawson is a burgeoning author and screenwriter for the new sci-fi/ horror series, Eden’s End, to be released Fall 2017. I had the pleasure of interviewing Brandon about his writing and his new venture below.

What is Eden’s End about?

Eden’s End follows the journey of Gabriel who’s an angel and his human friend who hunts down supernaturals who harm humans. Their daily jobs come to a halt when several supernaturals and humans pursue a powerful entity known as Eden which has the power of creation and destruction. Now Gabriel and Roy must race against these people to find Eden before it falls into the wrong hands.

When will the show be out and where?

As an independent artist, how are you financing Eden’s End?

In terms of funding, we have set up an Indiegogo page that will help gather funds for the production of season one.

What are the recent successes leading up to the show?

So far, we’ve released a concept trailer and a short film which serves as a sneak peek at the show. They’ve both been received well especially on Facebook where the concept trailer has over 11k views, and the short film has gained over 20k views and has been shared by a popular movie trailer page. We are also submitting the short film to film festivals.

What is your role in the web series?

I am one of the screenwriters for the episodes. I helped to write the pilot, along with our concept trailer and a short film of the web series.

Why did you want to write for Eden’s End?

I was already writing short stories for my website and wanted to expand my reach. When my brother’s friend discovered I write short stories, he approached me about writing for the series.  I was ecstatic and knew this was an opportunity to broaden my talent.

What is your writing experience?

I’ve been writing creatively for two years. I’ve written 22 fictional short stories on my website. The genres range from crime, horror, science fiction, and more. I have also written a few movie articles. My college magazine published one of my short stories as well. On top of that, I’m currently working on a science fiction book of short stories which I plan to publish on Amazon sometime next year.

Brandon, thank you for being a guest artist on my blog! I’m looking forward to watching Eden’s End and seeing more of your work in the future!! 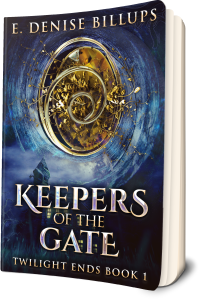