For several months, my WIP has consumed my time. My paranormal historical fiction novel is currently at 40,000 words, but there’s still much work before I reach my goal of completion by late-fall or early-winter.

Meanwhile, when my tired brain needs a rest, I take to reading a good book.  A recent find was Glendy Vanderah’s debut novel, Where the Forest Meets the Stars and a novel that’s sat in my Kindle’s queue for months, Christopher Rice’s novel, The Vines.

More reviews are to follow in the coming days.

Thanks for being faithful followers! 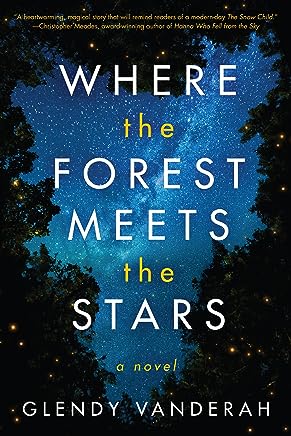 Title: Where The Forest Meets The Stars

After the loss of her mother and her own battle with breast cancer, Joanna Teale returns to her graduate research on nesting birds in rural Illinois, determined to prove that her recent hardships have not broken her. She throws herself into her work from dusk to dawn, until her solitary routine is disrupted by the appearance of a mysterious child who shows up at her cabin barefoot and covered in bruises.

The girl calls herself Ursa, and she claims to have been sent from the stars to witness five miracles. With concerns about the child’s home situation, Jo reluctantly agrees to let her stay—just until she learns more about Ursa’s past.

Jo enlists the help of her reclusive neighbor, Gabriel Nash, to solve the mystery of the charming child. But the more time they spend together, the more questions they have. How does a young girl not only read but understand Shakespeare? Why do good things keep happening in her presence? And why aren’t Jo and Gabe checking the missing children’s website anymore?

Though the three have formed an incredible bond, they know difficult choices must be made. As the summer nears an end and Ursa gets closer to her fifth miracle, her dangerous past closes in. When it finally catches up to them, all of their painful secrets will be forced into the open, and their fates will be left to the stars.

Glendy Vanderah’s, Where The Forest Meets The Stars, is a Contemporary Literary Fiction bordering mystery and suspense. At the beginning of the story, the reader gets a sense of magical realism when eight-year-old Ursa appears barefoot and covered in bruises at Jo’s cabin in rural Illinois, stating she’s an alien from another galaxy. A graduate student working in seclusion on her Ph.D. in Ornithology, Jo doesn’t know what to make of Ursa. Though she tries to do the right thing and report the young girl to the police, Ursa runs away but returns still insisting she’s from another planet. Is she?

Too intelligent for her age, Jo and Gabe, her reclusive neighbor and new love interest, wonder if Ursa is telling the truth. Ursa needs five miracles before she can return to her planet. One of her miracles is to bring Jo and Gabe together, two individuals with personal battles to overcome – Jo the loss of her mother and a battle with cancer and Gabe’s depression and reclusive nature.

Where The Forest Meets The Stars is a touching love story between a man, woman, and child. Ms. Vanderah’s writing is simple, concise, and dialogue driven. The author kept me guessing whether Ursa is truly an alien, or simply a child with a terrible secret? Jo and Gabe’s heartfelt histories sometimes override the story’s simplicity with life’s complexities. Two scarred souls who heal each other’s pains.

Who and what is Ursa? Will Gabe and Jo stay together? Will Ursa remain in their lives? These are questions that kept me reading. Vanderah throws twists and turns into the fold that held my interest. Although this was not my typical read, I loved the characters, Jo, Ursa, and Gabe and their touching story. 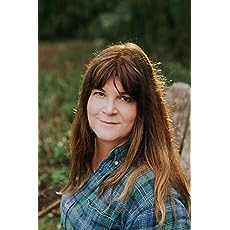 Glendy Vanderah worked as an endangered bird specialist in Illinois before she became a writer. Originally from Chicago, she now lives in rural Florida with as many birds, butterflies, and wildflowers as she can lure to her land. Where the Forest Meets the Stars is her debut novel. Visit Glendy online at http://glendyvanderah.com/ 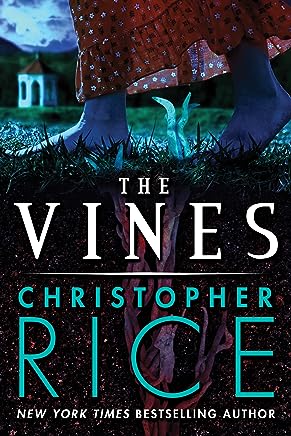 The dark history of Spring House, a beautifully restored plantation mansion on the outskirts of New Orleans, has long been forgotten. But something sinister lurks beneath the soil of the old estate.

After heiress and current owner Caitlin Chaisson is witness to her husband’s stunning betrayal at her birthday party, she tries to take her own life in the mansion’s cherished gazebo. Instead, the blood she spills awakens dark forces in the ground below. Chaos ensues and by morning her husband has vanished without a trace and his mistress has gone mad.

Nova, daughter to Spring House’s groundskeeper, has always suspected that something malevolent haunts the old place, and in the aftermath of the birthday party she enlists Caitlin’s estranged best friend, Blake, to help her get to the bottom of it. The pair soon realizes that the vengeance enacted by this sinister and otherworldly force comes at a terrible price.

The Vines, my first book by Christopher Rice, has been sitting in my Kindle queue for a while. After reading the book’s summary, it captured my attention because of the HISTORICAL FICTION aspect as well as the HAUNTED HOUSE scenario set in one of my favorite places, NEW ORLEANS. I won’t recap the story or go into details. Mr. Rice is a talented writer, his depictions and prose excellent. But this story was not what I’d expected, well not haunted vines and bugs.

The beginning of the story pulled me in as Caitlin Chiasson happens upon her cheating husband in her own home, and of all places, the bathroom with the door open. I was dismayed by her reaction, the hoping she burst through the door and confront her cheating husband. But, instead, Caitlin, walks straight out of the house toward the gazebo breaks a wine bottle and considers taking her own life, thwarted by blood-sucking vines. Well, at least they cured her wound and made the weak, self-loathing Southern belle more courageous.

This story is not about a cheating husband, a bad marriage, or Caitlin’s misery, but the history of Spring House, and a powerful slave named Virginie Lacroix’s vengeance―a strong supernatural power, manifesting itself after her death in the form of vines around Spring House’s cursed grounds and bugs―many, many bugs that devour cheaters and sinners.

After several chapters, I felt I was in a Stephen King novel. The story’s a little bizarre. Vines and bugs elicited no fear, nor did the characters capture my heart.

I give Mr. Rice four stars for well-written prose, originality, and creativity. If you like haunted vines that suck at your essence and bugs that rip every cell of your body to nothingness without a drop of blood, then read The Vines. 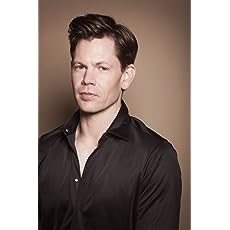 Christopher Rice is the recipient of the Lambda Literary Award and is the New York Times bestselling author of A DENSITY OF SOULS and the Bram Stoker Award finalists THE HEAVENS RISE and THE VINES. He is the head writer and an executive producer of “The Vampire Chronicles”, a television show based on the bestselling novels by his mother, Anne Rice. Together they penned RAMSES THE DAMNED: THE PASSION OF CLEOPATRA, a sequel to her bestselling novel THE MUMMY OR RAMSES THE DAMNED. BONE MUSIC, the first installment in his new Burning Girl series, was released March 1st, 2018, and the sequel, BLOOD ECHO, will be released in February 2019. With his best friend, New York Times bestselling novelist Eric Shaw Quinn, Christopher hosts the YouTube channel THE DINNER PARTY SHOW WITH CHRISTOPHER RICE & ERIC SHAW QUINN (#TDPS). THE DINNER PARTY SHOW began as a podcast and Internet radio show. You can download and stream all of their episodes at http://www.TDPS.tv. He lives in West Hollywood, California. Visit him at www.christopherricebooks.com. 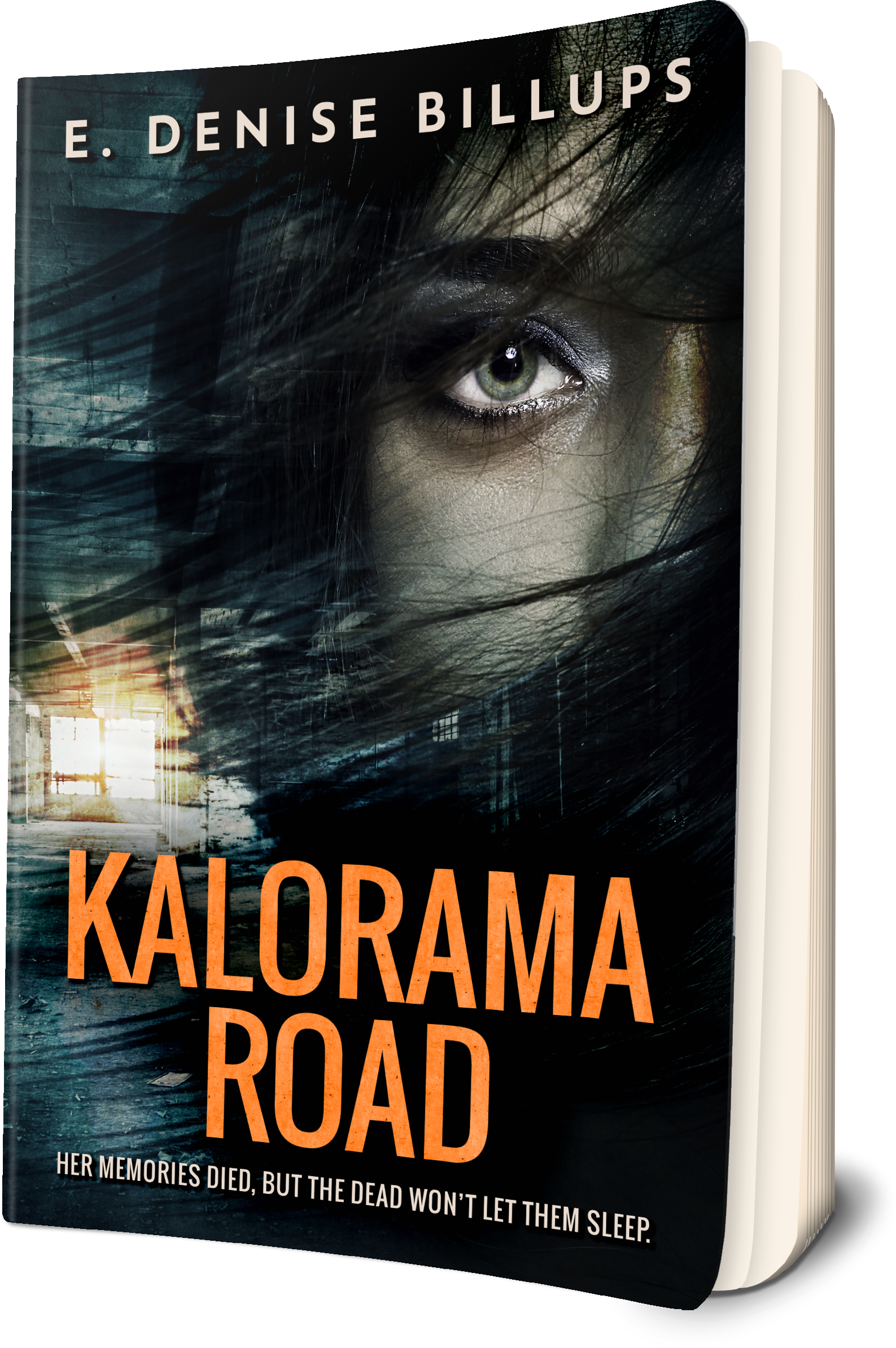