Supernatural abilities are revealed. A sacrifice is made. A hero is born.

Naz Andersen’s life is quickly becoming complicated. After losing his best friend to suspicious circumstances, he turns his attention to ruthless gang leader Roffio Styles and the Incubus Apostles.

But to get answers, he must summon the world within once more. With his sister Meri’s help, he begins to understand his strange experiences are actually telekinesis and telepathy at play–gifts from his forgotten father.

When Naz gets too close to the truth and tragedy strikes again, he must unleash his newfound abilities to wield his own unique brand of justice. Will his appetite to avenge his friend’s murder lead to his destruction or his destiny?

Pure science fiction, IA: B.O.S.S. is the second book in a YA supernatural thriller trilogy, an origin story, and a coming-of-age hero’s journey set in the mean streets of America. It’s like Anakin Skywalker growing up in a bad urban environment instead of a desert planet.

This is the first book I’ve read by Mr. Winston. I started with the second book in the series but now that I’ve entered the main character, Naz’s, world; I’m eager to read the first, third, and fourth installments.

“A sharp, mid-day breeze whips through the monstrous pines guarding the cabin causing the suit jackets of the men to flare. They are armed.”

The main plot and subplots meld seamlessly touching on universal elements of familial bonds, childhood bullying, impoverished communities, gang violence, with a touch of supernatural. Written in the third person POV, the story flows easily at a pace that builds suspense and keeps the reader’s interest.

All seems normal when the reader meets lovable brother and sister, playing jokes and pranks on each other in their bedroom. Happy children? You would think until the reader sees through Naz’s eyes the gang-infested, drug-ridden neighborhood called the Enclave. Mr. Winston provides the reader with auditory, olfactory, and visual stimulation from the tenuous comfort of Meri and Naz’s foster parent’s home surrounded by the dangerous world beyond transient walls.

“The familiar disturbances sounded from a block away—someone was being robbed and calling for help, and then a gunshot rang out…”

“The smell of burning wood mingled with some kind of narcotic that Naz had long since given up trying to identify awakened his olfactory senses.”

The enclave threatens to burst Meri and Naz’s special world—a bubble filled with love and unique powers. Mr. Winston depicts a realistic picture of Meri and Nazi’s school life, so realistic I forgot Naz isn’t an ordinary kid. Naz wields a budding supernatural power like a chess game stratagem outwitting school bullies, and opponents with telekinetic powers. Mr. Winston’s provides well-defined voices for each character, a dialect consistent with the Enclave environment. Naz’s colorful friends enhance the story, heighten tension, and provide clues to his past, propelling the story forward with mystery and suspense. The plot thickens, with the death of Nazi’s best friend. Danger encroaches as he strategizes vengeance against an Enclave gang, the Incubus Apostles. Inconsolable anger kindles fiery vengeance and awakens the true Naz.

Mr. Winston’s fresh, original voice takes a familiar phenomenon to a unique level, with many messages to be heeded. I can’t wait to see Naz’s powers explored fully in book three. Mr. Winston, thank you for the incredible read! I’m a new fan! This book will interest not only young adults but adults as well. I highly recommend IA: B.O.S.S. to everyone. 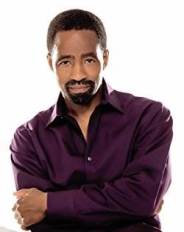 He is a graduate of The Recording Institute of Detroit, Wayne State University, The Motion Picture Institute of Michigan, and received his MA and MFA in Creative Writing from Wilkes University. He has written songs with and for Grammy winner David Foster and record mogul Clive Davis. He has been a recording artist on Arista and Polygram records and has written and/or produced songs for Gerald Levert, Gerald Alston, and many others.

Winston currently lives with his daughter, Marquette, in Michigan and intends to acquire an African Grey parrot one day when he conquers his irrational fear of birds.

Connect with Author at