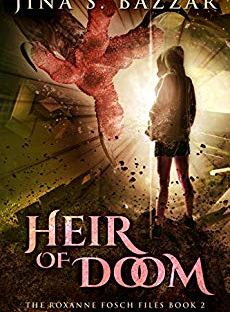 Heir of Doom, the second book in The Roxanne Fosch series is a thrilling, action-packed fantasy, adventure novel told in the first person POV by the main character, Roxanne Fosch. Tension and suspense never let up as the story rolls to a shocking conclusion. The pacing is perfect for this genre,  speeding up and slowing when needed.

At the beginning of the story, a question asked by a ten-year-old preternatural, Mwara, resonates throughout the novel. Mwara seeks Roxanne’s protection when she realizes the same organization of scientists, PSS that held Roxanne captive, is after her.

One sense reluctance and fear in Roxanne’s reply to Mwara, and rightly so given her clan’s, The Hunters, distrust. Already under her leader’s scrutiny, assuming responsibility for Mwara would cause more conflict. When Mwara disappears, the clan grows more suspicious, believing Roxanne’s involved. Can Roxanne endure this scrutiny or will she try to prove her innocence?

One can’t help feeling the whole world is against Roxanne. Her only trustworthy companions are her childhood friend, Vicky, and her familiar, Frizz. Even her leaders appear rivals as she undergoes scheduled, grueling physical training every day at The Hunter’s base, under the coaching of Douglas Vermourly, a.k.a. Diggy. Ms. Bazzar has a knack for writing action scenes and pulling the reader into every punch, kick, thrust, and defensive move Roxanne makes while training and during fights with opponents. But who among the men in her life—Vincent, Diggy, Logan, Zantry— are true friends?  Which one will claim her heart? 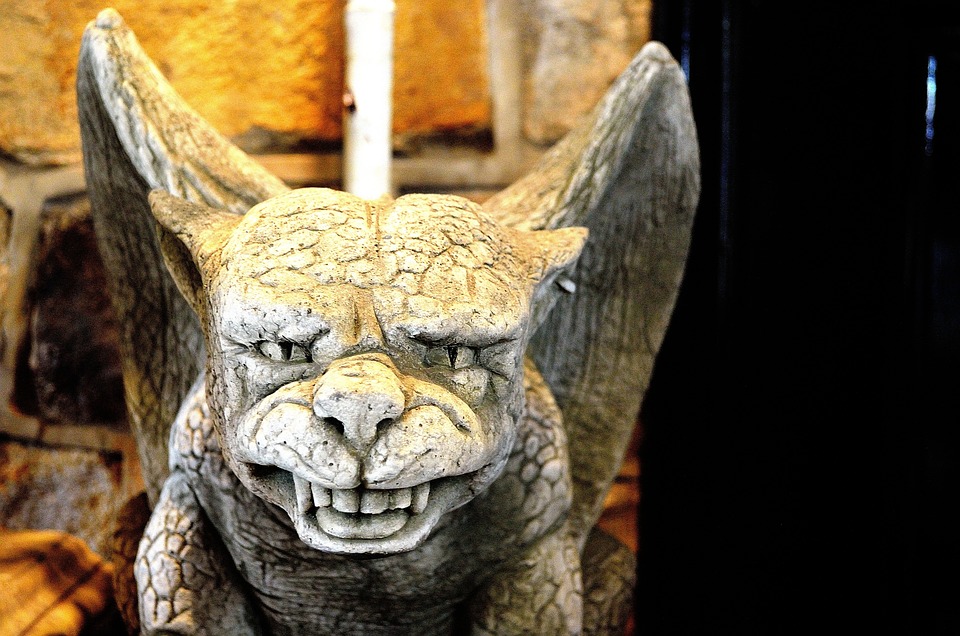 Heir of Doom takes us into a wondrous world filled with preternatural creatures we couldn’t possibly imagine and dangerous spaces no one dare to venture, except Roxanne.  In a strange sphere where a dark, dangerous cave exists, Roxanne fights for her life, discovers her true friends, and will sacrifice something precious to save her friends and prove her innocence. 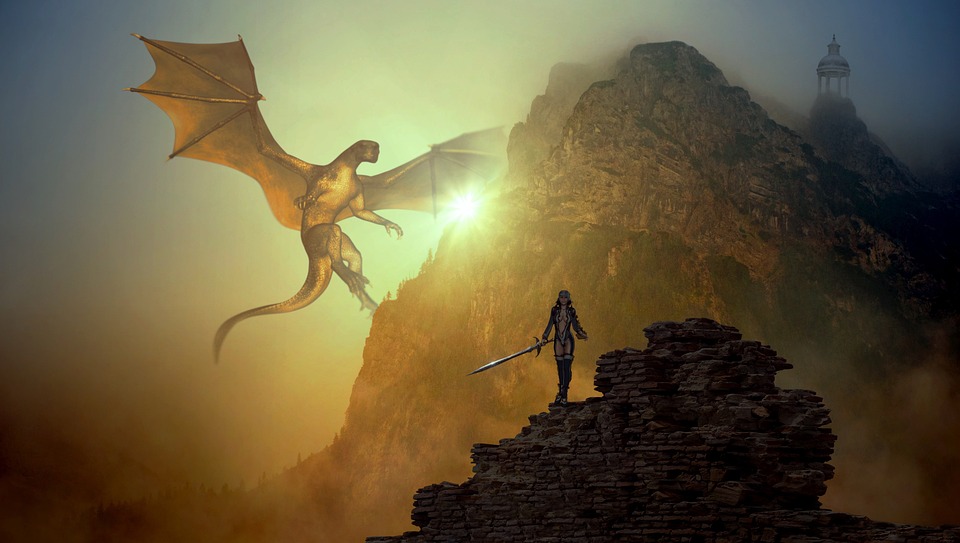 Trust, self-discovery, and self-preservation are some of the themes in Heir of Doom. Yet to grasp her shifting abilities or command her powers, will Roxanne do so when most needed?

“Now that it has been confirmed that a monster slumbers in the depths of my soul, this battle of wills has taken a new importance, a new urgency. I must always win. Against all odds, no matter what, or how or when – I must win.”

Who and what is Roxanne? Who are her real parents? Will she find out? 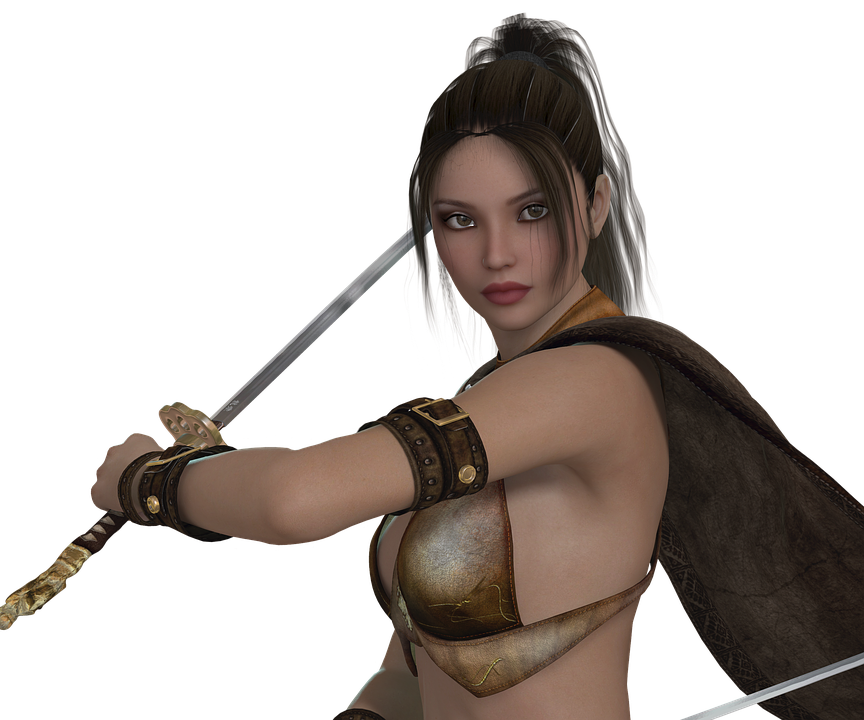 “I must know, since I’ve been fighting this battle for the better part of my life, between the human part of me and the fee – or Unseelie. The dejected, kind part and the revengeful monster.

I don’t always win. Or my human side, who I like to think is the one on the driver’s seat.”

Ms. Bazzar’s story held my attention to the final build-up in the last chapters. Roxanne’s battle will leave you exhausted, fearful, tearful, terrified, and shocked at the conclusion. Book three in the series can’t come soon enough, and I anticipate learning Roxanne’s fate after such a shocking turn of fate at the end of Heir of Doom. Ms. Bazzar, thank you for the thrilling read. I highly recommend this book to those who love a good action fantasy, adventure novel with a strong female lead!

I’m a freelance writer, a blogger, a mother, a baker, a chocolate fiend, a coffee enthusiast, and sometimes a poet. A wanderer in this vast world, I’m just another body with a passion for the written word. There is no boundary I can’t cross, no limit I can’t push; my mind is my passport, my thoughts my mode of transportation.

I was born and raised in a quiet, small town in Rio de Janeiro, Brazil, where I’ve had a happy and fulfilling childhood.  Like most writers out there, my love of books began at a young age. Unlike most authors out there, I never aspired to become one. Soon after high school graduation, I developed a chronic disease that caused gradual vision loss. I was blind at the age of twenty-three, and reading became one of many things I could no longer do.

That is until I started working for an organization for women with disabilities and learned about screen readers. After I quit my job, I picked up reading with vengeance, but soon realized it was no longer enough, and so I started writing, this time with an aim to pursue a career. Heir of Ashes is my debut novel, a creation born from my love of anything fairy, of action-packed stories and a touch of romance. Besides fiction, I’ve written dozens of articles for Conscious Talk magazine, on topics of health, food, poetry, and the writer’s life.

When I’m not writing or networking on social media, you can find me in the kitchen, listening to loud music while baking (often misshapen) goodies, or cooking favorite dishes. My inspiration comes from most anything, a discussion, a friend, an animal or plant, events, memories, music, etc – in other words, from life itself.

Find more from Jina Bazzar on her Blog and Amazon Page!!