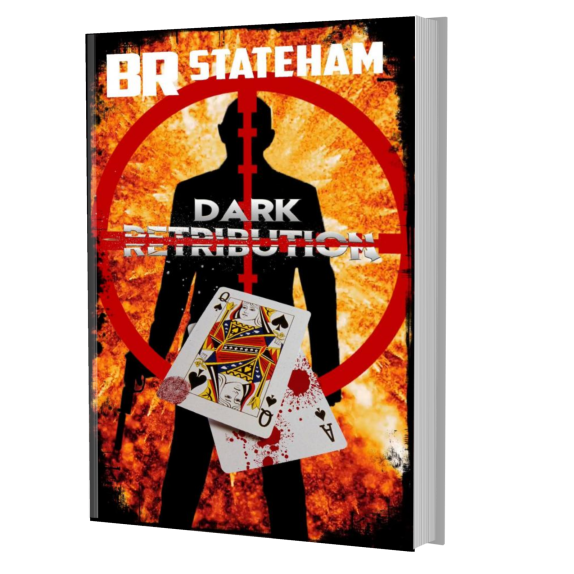 Smitty’s a hitman. A hitman who, sometimes, becomes a dark angel for those select few who are in desperate need. This time a cop needs his help in saving his sister-in-law. A madman is stalking ladies of the night and slaughtering them. No one knows who the madman might be. No clues are left behind. No witnesses are left alive. The police are baffled.

But one cop knows what to do. Sometimes, in defeating Evil, you occasionally have to flirt with the devil. Sometimes, only a killer can find a killer.

Dark Retribution: Smitty’s Calling Card is the first book I’ve read by B.R. Stateham. As a Noir Crime novel, Mr. Stateham delivers everything I like about the genre, a Hardboiled Private Eye  exposing the Seedy Underbelly of urban life filled with immoral characters driven by greed, lust, jealousies, revenge, and in Stateham’s novel a killer with a mental illness that taunts and spurs the murderer’s bloody crime spree reminiscent of Jack the Ripper. The novel revolves around one of the Oldest Professions, run by Charlene a beautiful, intelligent blond bombshell men lust for and some hate, especially the maniacal killer who’s targeted her as the next kill.

The police department is baffled by a string of brutal murders aimed at local prostitutes. The killer leaves no evidence or motive for the grisly murders. The murderer is literally a ghost. But after Artie Jones, an honorable cop discovers his sister-in-law, Charlene, who runs the prostitution ring to pay for medical school, is the killer’s next target, he’ll do anything to save her life. He believes “it would take a ghost to find a ghost. A killer to stop a killer.” But if the police force discovers he’s asked Smitty for help, he could lose his job.

Smitty, a security consultant/private detective, is as much a mystery on the street as the killer. Artie is desperate but torn with his decision to hire a man rumored to have mob connections. But who is Smitty? There are many unfounded rumors but no concrete answers about this elusive detective.

“Whenever a victim of a contract killing was found there wasn’t a single piece of evidence linking Smitty to anything. No video. No witnesses. No prints. No residual evidence. No one could pin anything illegal on this guy. All anyone could say for sure was the guy was an absolute merciless killing machine. He somehow could slip in, silence his victim, victim, and slip out and no one would know until hours later.”

Smitty swoops onto the local scene, finds a trustworthy sidekick, interrogates suspects, checking each off his list until he unearths the killer. And like a Navy seal, he seamlessly and brutally delivers justice, then eases out of the scene, unseen, and forever an enigma.

This Fast-Paced novel is filled with Action and Suspense and is never slow. The tone, typical of noir crime fiction, is Dark and Brooding, sometimes Atmospheric. I enjoyed Dark Retribution. It was a fun, fast read with a hard-boiled detective leaving me wanting more, to learn more about this man named Smitty. Well, I guess I’ll have the opportunity with Book 2. 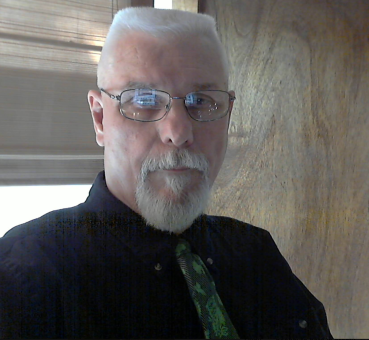 B.R. Stateham is a fourteen-year-old boy trapped in a seventy-year-old body.  But his enthusiasm and boyish delight in anything mysterious and/or unknown continue.

Writing novels, especially detectives, is just the avenue of escape which keeps the author’s mind sharp and inquisitive.  He’s published a ton of short stories in online magazines like Crooked, Darkest Before the Dawn, Abandoned Towers, Pulp Metal Magazine, Suspense Magazine, Spinetingler Magazine, Near to The Knuckle, A Twist of Noir, Angie’s Diary, Power Burn Flash, and Eastern Standard Crime.  He writes both detective/mysteries, as well as science-fiction and fantasy.

In 2008 the first book in the series featuring homicide detectives Turner Hahn and Frank Morales came out, called Murderous Passions.

Also, in 2008 he self-published a fantasy novel entitled, Roland of the High Crags: Evil Arises.

In 2009 he created a character named Smitty.  So far twenty-eight short stories and two novellas have been written about this dark-eyed, unusually complex hitman.

In 2017 a British indie publisher, Endeavour Media, re-issued A Taste of Old Revenge, and soon followed by a second Turner Hahn/Frank Morales novel entitled, There Are No Innocents.

In 2018 Endeavour Media published a third novel of mine, the first in a 1st Century Roman detective series, entitled While the Emperor Slept.

Now, after all of this apparent success, you would think Fame and Fortune would have sailed into my harbor, making me the delight of the hard-core genre world. Ah but contraire, mon ami! Fame and Fortune are two devious little wraths who pick and chooses the poor souls they wish to bedevil. I remain in complete anonymity and am just as bereft of fortune as I have always been. And apparently will continue to be for a long time to come. 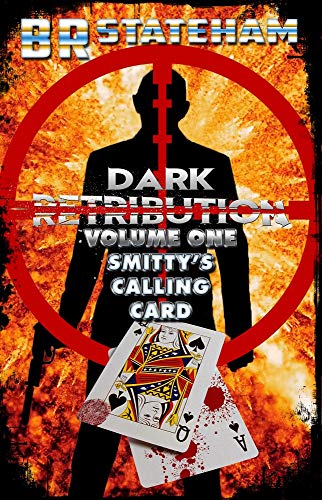